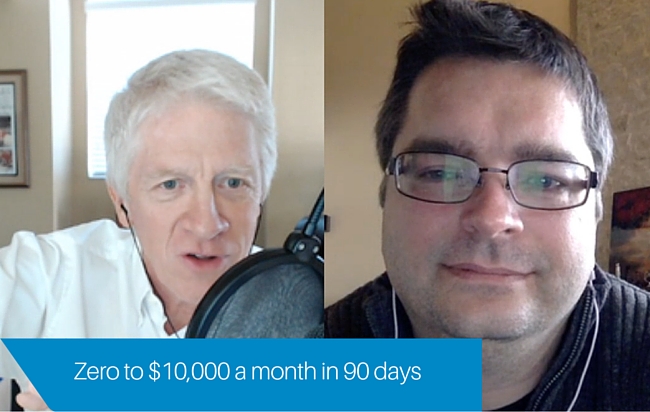 Author Michael Anderle is this guest on this first every audio and video episode (see below) of The Author Biz.

Have you seen those year-end articles by indie authors who share sales numbers on their websites? In some cases those numbers are staggering, and it’s easy to read them and ask yourself, how the heck is it even possible to sell that many books.

If so, you’re not alone. It’s hard not to be impressed and happy for those authors. But it WOULD be nice to hear exactly how things started for them.

In December, Michael Anderle heard an episode of The Author Biz where I mentioned being a bit of a spreadsheet geek, so he sent me a link to the spreadsheet he uses to track the major components of his author business. The spreadsheet included daily sales and borrows for multiple books, as well as his marketing costs across using various advertising platforms, including Facebook.

The numbers showed remarkable sales growth in a very compressed time frame, and since this is the beginning of Michael’s career as an author, they also provide some useful guidance. 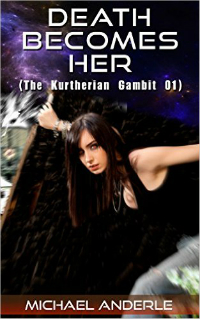 Here’s the short version: Michael published his first book, DEATH BECOMES HER on November 2nd, 2015 and earned $6.00. He wrote and published two more books in November and generated Amazon royalties of $427 for the month.

In December wrote and published one more book (bringing his total to 4) and ran his first Facebook ad on December 18th. His total Amazon royalties for December was $3,700.

On January 11th, he published his fifth book. For the period of January 1st, through January 24th, he’s generated Amazon royalties of over $10,000.

We go into great detail about Michael’s Amazon revenues, his writing process and the various Facebook (and other) marketing campaigns he runs during the interview. But, he goes even deeper in this document he wrote following our talk.  It’s a must read document for those of us interested in book marketing.

So how did Michael go from $427 in monthly Amazon royalties to over $10,000 in less than 90 days? We discuss that, and more in this episode of The Author Biz.

As an experiment, this episode is being released as both a podcast and as a video interview on YouTube so please let me know if you find the video version of the interview useful. If so, I’ll try and incorporate them whenever possible.

Michael describes his Kurtherian Gambit series which launched on November 2nd with DEATH BECOMES HER and now includes five books. He describes the books as a combination of paranormal, urban fantasy, military sci-fi, and science fiction.

He comes from a technical background and applied the concept of the minimum viable product (MVP) to the first two books in his series. Meaning, he wrote the books and published them, without beta readers or professional editing.

Michael’s publishing journey began without the benefit of much research into the world of self-publishing. He made his decisions based on what he would want as a reader, rather than spending time doing research on best practices.

We walk through Michael’s sales numbers, which began with a $6.00 day on November 2nd, 2015,  finishing with the most recent week of January where his sales averaged over $500 per day.

We discuss Michael’s experience with advertising. He’s tried multiple marketing channels but experienced his greatest success using Facebook ads. His daily revenue grew from between $7-$19 for each of his books to between $40-$50 per book beginning with his first experiment with Facebook advertising. 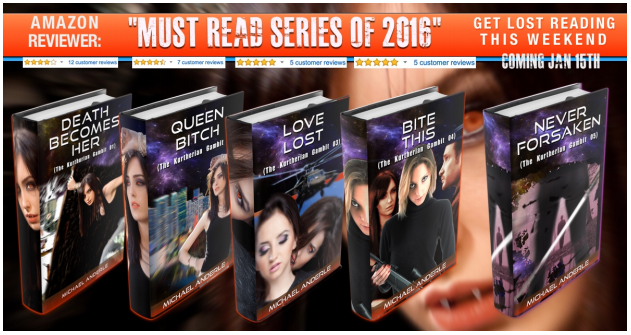 Michael’s Facebook ads were all targeted to driving readers to Amazon to purchase his books at their full price of $2.99.

Michael estimates that he’s directly earned back $3.00 for each $1.00 he’s spent on Facebook advertising, which does not include the buy through on the rest of his series.

All of Michael’s books are available through Kindle Unlimited, and his KU revenue exceeds the sales income for the series. 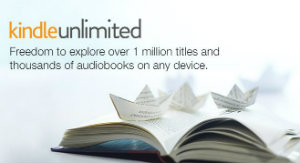 Michael did his first price promotion earlier this month, combining a Kindle Countdown deal with ads from Fussy Librarian and I Love Vampires. He offered the book for 99 cents for three days, and was pleased with the sales results, but discovered that most borrowed the book using Kindle Unlimited, which earned him far more than his royalty on 99 cent sales.

We discuss Michael’s initial plan of producing 20 books to earn $50,000 and his thoughts on what is possible based on what he’s learned since coming up with the original plan.

We discuss an intriguing cross promotion that Michael did with fellow paranormal author Rick Gualtieri.

Click here to listen to Episode 68 of The Author Biz